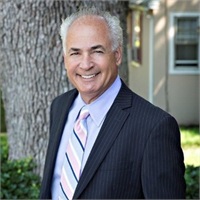 Tony began his financial planning career in 1980 and as a seasoned financial planner, his primary focus is the creation of retirement, investment and estate plans to help his clients realize their financial and life goals. His low-key style and approach to client detail have made him one of the most sought after financial planners in the area.

Tony graduated from Lycoming College in Williamsport, PA in June of 1980 with his Bachelor of Arts degree and from there earned the designations of Chartered Life Underwriter and Chartered Financial consultant from the American College in Bryn Mawr, PA.

Of the many awards Tony has received, the one most cherished was bestowed upon him by his peers when he received the "Transamerica Financial Advisor's Award" recognizing him as advisor of the year exemplifying the core values of that national broker-dealer... Honesty, Integrity and Transparency.

As a longtime Pennsylvania resident, Tony is active in community affairs and has served in multiple positions of distinction. He is also a sought-after speaker at many peer-related national conferences.

Outside of the office, Tony enjoys spending time with his family, playing golf and is also an avid runner.